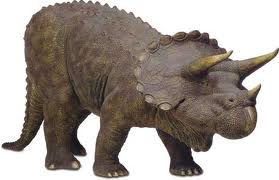 The candidates for the Fort Lee Board of Education for November 2014 have been announced. However, according to my sources, there is a high probability that one of the candidates running for the Board of Education will drop out of the race, relegating us to three candidates, negating the entire election process. However, for now, I encourage the citizens of Fort Lee to vote for Michael Osso, Ammad Quraishi, and Peter Suh to give us a fighting chance of having an improved BOE. It would be nice to remove the dead wood from the Board once and for all.

Below is my tribute to the dead wood, probably the worst poem in history. But I have high hopes that a local rap artist will rework the lyrics, put it to music and tour Fort Lee for the next three months, promoting the tune. Maybe then Fort Lee voters will wake up and realize that our fate lies in our own hands.

We cannot award false praise to a Board of Ed filled with malaise.

The trailers they brought were from being distraught from a referendum dastardly fought by citizens caught in ignorant thought.

But when it comes to making a decision, fighting public derision, cut by an incision with surgical precision, the Board implodes like nuclear fission.

We can thus claim, with a huge amount of disdain, that our Board should refrain from sinking “the Maine”. (Or to rephrase from sinking our “ship”.)

The same members run year after year, and to be perfectly clear, they do not adhere to quelling the fear of the public sincere.

Surace, a disgrace, who simply cannot keep pace, has entered the race, spitting right in our face. He breaks all the rules, treats the public like fools, believing he is exempt from community contempt.

At Lewis F. Cole, Surace has his mole, DeNichilo in tow, Surace runs that show. Our custodians for rent, one hundred per cent, to set up the field, Surace will not yield, the power he doth wield; that deal is sealed. The building he “owns”, or so he moans, now with a lease, the Board he did fleece. A criminal act; that is a fact, no one can own, no matter how much they groan, school real estate, guarded by a locked gate.

If Surace would step down, returning his crown, no one would frown or feel even a little let down, because he’d be benefiting the town.

So let’s stand up for our kids and roar, and oust the town boor, who will then hurt us no more as we show him the door.

For anyone who wants to view Joe Surace’s most recent stage performance, please tune in to the Board of Education website: www.flboe.com, click on Board of Education/ Meeting Videos. Go to the meeting on 6/30/14 and fast forward to 2:45 and watch the fireworks.