At recent BOE meetings, Evelyn Tsugranis, the School #2 PTA president, has requested that the Board members search for a more suitable alternative to the placing of “trailers” by School #2 for the upcoming school year.  While my sympathies lie with her, as it is a tragic circumstance that has resulted in modular classrooms usurping playground areas at School #2, it is a fait accompli.  I assume that she believes that the Board members have neither explored nor considered other alternatives.   No individual in this town has been more critical of the BOE than I. But it is a bit naïve to believe that the BOE would not have considered all viable alternatives before proposing these trailers. And there is one simple reason to believe that!  The BOE members had to be aware that they were going to take a ton of flak upon making such a controversial decision.

Several years ago, the Board of Education proposed a $ 100 million bond issue to upgrade the schools and to provide new classrooms. By a paltry few votes, the referendum failed.   All those citizens of Fort Lee who voted down the referendum had to be prepared for the ramifications which are now descending upon us.   I’m uncertain if those naysayers believed that the problems with overcrowding in our schools would just magically disappear or they were praying for divine intervention.  But obviously, the crisis has arrived and there are few viable options available.

In all fairness, there were some valid reasons that community members may have had for voting against the referendum:

(1) The referendum itself may not have been presented in a manner where members of the community thoroughly understood all the details of the proposal.  However, no community member stepped forward to offer a better counterproposal.

(2) There were parts of the referendum that would have affected the demographics, e.g. increased traffic, in certain areas of the community.

(3) There were members of the community that believed Dr. Raymond Bandlow, School Superintendent, was remote, perhaps arrogant, and did not exude a trusting persona.

There were also many reasons that the referendum was defeated that were offensive and controversial:

(1) The members of our Borough Council were mute on the referendum.  Not wanting to alienate either side of the debate, fearful of losing votes, there was little or no support from our local politicians.

(2) Joan Voss, a State Assemblywoman at that time, currently a County Freeholder, came out against the referendum for undetermined personal reasons. It is difficult to conceive how a one-time educator in Fort Lee could have opposed this project.

(3) Some senior citizens in the community were far more concerned with an increase in taxes than in the future education of Fort Lee children.  Note: One understands that many senior citizens live off of  fixed income and that they have a limited amount of disposable income.  However, there were many seniors who could have afforded a modest tax increase and simply chose not to care about the welfare of our youth.

(5) The Korean Community, following the lead of the local politico, Andrew Kim, were swayed by his rhetoric and his cohorts to vote down the referendum.

(6) The Home Owners Association, being misguided by Nina Levinson, President (now retired), were convinced that the referendum was not beneficial to the community.  It appeared that Nina was passing out flyers with misinformation to convince members of the community to vote down the referendum.

(7) There were members of the Home Owners Associations that were so focused on their eternal battle with the coops regarding tax rates that they were going to vote against anything that would increase their taxes.

(8) There were Fort Lee citizens that wanted a smaller referendum, failing to see the need for a $ 100 million dollars in improvements. They wanted to split the referendum into two or three smaller ones. Their abject failure to recognize that it was going to be difficult enough to pass one referendum blinded them to the realities of the situation. It was clear that the primary objective of the referendum was to build new classrooms, essential to the influx of children into our school system.  A smaller referendum would have only addressed building repairs, not upgrades or expansion.

(9)  Since the 1980’s, no referendum has ever been passed in Fort Lee to upgrade our buildings or to provide new classrooms. During the entire tenure of Dr. Sugarman, who so many people are quick to praise for his efforts, no referendum was ever passed.  Yet, in BOE minutes in the early ‘90s, there were clear allusions to the fact that the school buildings were deteriorating and repairs and upgrades would be essential to the future of Fort Lee schools.

(10) Individuals who ship their children off to private and parochial schools often are reluctant to support community schools and vote against school budgets.  What they fail to realize is that failing schools in a community and “trailers” will lower property values in the long run and discourage upscale families from moving into the neighborhood.

(11) There were homeowners and condo owners who were skeptical of the $ 140 estimated tax increase per $ 400,000 property that was projected in the proposal, believing that it would be far greater.   Of course, those are the same individuals who have no problem spending $ 5.00 every morning at Starbucks on a latte.

Fort Lee residents created their own crisis by failing to see the writing on the wall.  Our school population is increasing annually and with the influx of students from the Redevelopment Area 5 project, the classrooms will be overflowing in every school.  Fort Lee schools have reached the saturation point! Currently there are almost 30 students in most required classes.  Note: the recommended numbers for educational facilities is 19 to 23 students  per classroom for efficiency and maximum student performance.

Within the next two years, the Board of Education will be mandated to put forth a referendum to build new classrooms.   The use of modular classrooms, i.e. trailers, is a temporary solution.  The citizens of Fort Lee will either rise to the occasion and do what is best for our children, or they will continue to pursue the path of armageddon.    Hopefully, this time our Mayor and Local Borough Council members will step up to the plate and put their full support behind the new referendum.   Under new leadership, possibly the Home Owners’ Association will recognize that their property values will decline as rapidly as our school system.  Finally, perhaps Andrew Kim will be exiled to his home in Upper Saddle River, allowing the Korean community to realize that they need a quality school system for their children, i.e. that they must support an expansion proposal.

To quote Abraham Lincoln: “A house divided against itself cannot stand.”  To extrapolate to Fort Lee, “a community divided against itself is doomed to fail”.   Let’s hope that Fort Lee residents awaken to the necessity for positive action, that they provide quality schools for our children, and that they guarantee the future of this community for the next generation. 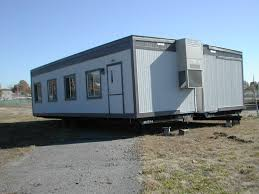