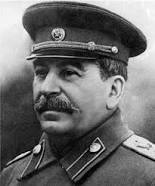 Living in Fort Lee, we often ignore the politics of New York City in spite of the fact that it is our next door neighbor.   But when an individual that is ultra-progressive to the point where the word “communist” is being whispered, it might tend to get our attention.

On April 16, 2014, The NY Times reported that Bill De Blasio had declared Al Sharpton “a blessing”.  After half the population of NYC regurgitated their breakfast at this statement, they must have realized how desperate De Blasio must be to garner support from the Black population of the city.  Personally, I would be terrified to know what Bill DeBlasio considers “a curse” if that is how he views Sharpton.  To be clear, I have never been a huge fan of Sharpton since his debacle with Tawana Brawley.  His spurious allegations wrecked the career of an upstanding asst. D.A., Stephen Pagones. When Mr. Pagones sued Sharpton for defamation of character and won his case, lo and behold, Al Sharpton had no resources in his name.  How very convenient!  (Note: later this debt was apparently paid by Sharpton supporters).  Sharpton followed that embarrassing performance with his outrage at the police shooting of Phillip Pannell, an “outstanding example of Teaneck youth”, in reality a victim of dysfunctional parents?!  The career of Gary Spath, a Teaneck police officer, was ruined by Sharpton’s arrogance.  To further exemplify this strong connection with the Sharpton, Chirlane McCray, De Blasio’s wife, hired an Al Sharpton aide, Rachel Noerdlinger, to help with efforts to neighborhoods around the city, specifically with children and family issues.  I personally would not be shocked to see a photo in the Times of DeBlasio shining Sharpton’s shoes.

After De Blasio settled his wars against charter schools, on April 10, 2013, the NY Times reported that Carmen Fariña, the new School Chancellor, who apparently is following De Blasio’s formula to undo all of Bloomberg’s educational improvements, declared that students would no longer be held back on the basis of standardized testing.   Ms.  Fariña is quoted: “this new way forward maintains accountability, but mitigates the unintended consequences of relying solely on a single test”.  I remember that program.  It was called “social promotion” when I was growing up.   The results: less kids are left back, improving the rating of the school system, without improving the education of the students.  This sounds good to me, unless you happen to care about the future of the children.

To continue his onslaught against Bloomberg policies, De Blasio dropped all legal actions regarding “Stop & Frisk”, basically stating that his “new police programs” would refrain from these tactics.   It is important to recognize that the arguments against “Stop & Frisk” were that racially profiling was involved, not that the tactic did not work, because statistics indicated that it had a positive effect on reducing crime.

Most recent, De Blasio, has proposed a budget plan for increased funding in NYC with no increase in taxes.   Fiscal experts have basically stated that De Blasio used “smoke and mirrors” to find savings where they don’t exist.   This type of budget manipulation will obviously lead to another generation of fiscal disasters for New York.   De Blasio’s quick settlement of the negotiations with the Teacher’s Union in New York can be attributed to his close relationship with Randy Weingarten, prior head of the Union, and his willingness to make major concessions to the teachers that Bloomberg was unwilling to concede.  Now we will have to see if there is any ship left to give up when DeBlasio negotiates with the other city unions.

In a times article, May 21, 2014, it stated that De Blasio had put a slowdown on the issuance of permits to the new “green cabs”.   It appears that the “yellow cab” lobby can influence DeBlasio substantially more than it influenced Bloomberg, i.e. no shock there!

When De Blasio’s entourage is not “speeding” through the city, he is proclaiming that he will utilize ideas from the Swedish model on how to eliminate accidents in NYC and to clean up the city.   The following are a few suggestions to assist him with this endeavor:

(1)  Eliminate dangerous taxi drivers from the city.   Have all taxi drivers retake driver’s ed and then have to retake the  driver’s test.   That will eliminate at least half the taxi drivers in the city.   Next, he should fine taxi drivers that take advantage of tourists by taking circuitous routes to destinations to increase their fares substantially.

(2)  Shoot all pedestrians on sight who are speaking on their cell phones as they cross the street.

(3)  Immediate deport all illegal immigrants driving in NYC without licenses and/or insurance.   Immediately institute a $ 10,000 fine all NYC drivers with no license or no insurance. If they do not pay, deport them even if they are citizens (it really doesn’t matter to where).

(4)  Synchronize the lights in the city so that you can never drive more than one block without encountering a red light.  This will create more road rage and maybe a few more fist fights, but it will probably lower the fatality rate from speeding cars.

(5)  Do not allow any diplomats to drive in NYC. They don’t pay the ticket fines anyway.

(6)  Ban Obama, all Congressional representatives and/or foreign statesman from visiting NYC.  Their entourages tie up traffic all day and create havoc.

(7)  Have a police SWAT team bomb all trucks double and triple-parked on city streets, blocking traffic all day long as they are making deliveries.

(8)  During the winter, have police carry blowtorches to melt all the snow from the cars that are iced in.

(9)  Release goats around the city to eat all the garbage on the streets from the haphazard job done by the sanitation department and the careless, indifferent residents of NYC.

(10)                   Have the NY Fire Department tow away all the police vehicles parked illegally in fire zones and no-parking zones all around the city while the officers are having a quick slice of pizza or a cup of coffee.

Are we having fun yet?

Continuing to follow his Stalinesque tendencies, De Blasio decided to “ease up” on some of the obstacles facing individuals applying for public assistance.  Some examples are that adults without children will no longer have to work full-time to receive food stamps.  A new pilot program will be instituted to allow people receiving welfare up to five (5) excused absences from their employment programs for illness or family emergency.  A new system will be created to notify welfare recipients by text message of their appointment with agency staff (on their new I-phones undoubtedly). De Blasio’s NYC Commissioner for Human Resources Administrator, Steven Banks, had been highly critical of Mr. Bloomberg’s punitive approach to welfare stating that 1/3 had their first application rejected and 8,000 people per month were kicked off assistance for missing appointments and other infractions.  I guess one could extrapolate these policies to say that De Blasio’s approach is that welfare recipients should take no responsibility whatsoever for what they do, be treated with kid gloves, and stay on government assistance for as long as they would like because NYC has unlimited funds available to support them.   Well, that certainly seems reasonable to me if you want to create a catastrophic financial budget deficit in the city in your first term of office. www.nytimes.com5/20/2014

Bloomberg was a fiscally responsible mayor who, as a result of his own personal fortune, was never dependent on donations from special interest groups. He was a successful businessman who understood finance, the need for accountability, and the necessity for strict law enforcement in the city.  He made mistakes, but kept the city fiscally solvent and reasonably safe.

When De Blasio is finished undermining the fiscal infrastructure of the city with his catering to welfare clients, cozying up to Al Sharpton, negotiating untenable union contracts, restructuring the school system with social promotions, and resolving the issue of “income inequality”, we will all be grateful that we are living in New Jersey.

So when the tolls to NYC over the GW Bridge and Lincoln Tunnel have escalated to $ 25 per trip to see a Broadway Show or to see the Yankees or Mets lose a game, please do not be surprised!  De Blasio is going to have to support his newly created welfare city somehow.   That is as plausible a method as any.