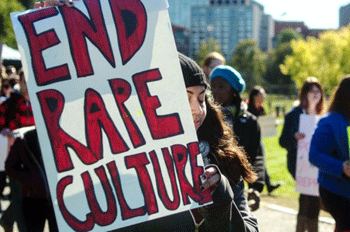 Brock Turner was released eight days ago on September 2, 2016.  The case is old now but is still sticking in everyone’s craw.   Brock served his minimal sentence, graciously gifted to him by Judge Persky, a hypocrite in a position of power.

A privileged Stanford student received a “relatively light sentence” for a heinous act.  The public was outraged and rightfully so.   There are blog sights and petitions surfacing all over the internet calling for Judge Aaron Persky’s head on a silver platter.   As much as has been written on this matter, it may need just a tad more dissection to fully understand exactly what  occurred and why!

First, let’s get past the obvious. The unidentified victim probably should have been more responsible in her actions.   Passing out by a garbage dumpster is probably not one of the brighter or more mature moves of the century.   But, back in the middle ages, when I was at Cornell, it was not that uncommon (drinking age 18 at that time) to find a student, male or female,  passed out at a fraternity or sorority house, in the dorms or even on one of the quads.    However, that does not mean that those students volunteered to be preyed upon by another inebriated student who, drunk or not, should know where to draw the line.  Under no circumstances should any individual be excused for sexually violating another individual who is incapable of defending themselves or of consenting to sexual acts.  Brock Turner, in whatever state, should have known better.   His lame offering of intoxicated mental deficit is nothing more than a futile attempt to excuse the inexcusable.  The fact that he was admitted to Stanford alone should indicate a certain minimum level of intelligence.  Unfortunately, in this case, that intelligence appears to have been coupled with an overabundance of arrogance.

Without having ever met Brock Turner, I draw the following conclusion. Brock Turner was NEVER a good kid, regardless of any image that he may have projected.  “Good kids” do not commit unspeakable acts!  His father’s comment “that is a steep price to pay for 20 minutes of action” reveals the truth.   There is a high probability, based on his father’s words, that Brock’s real problem was a lack of parental guidance and discipline.    While it would be expected that a parent will always think the best of his/her child, it is extremely interesting that Brock’s father’s letter to the court never refers to the devastating long terms effects this act of violence will have on the young woman in question, the potential ramifications in her life, or how it may affect her future.   Instead he refers to the history of Stanford swimming, obviously far more important than the young woman.  He refers to his son’s remorse and loss of appetite for his favorite foods.  One thing is fairly certain, “Brock Turner’s appetite” will eventually return, but this young lady’s memory will never dissipate.

For years, I have read dissertations by psychologists and clinical social workers indicating that virtually any individual, no matter what the crime, or mental disorder, can be rehabilitated.  Since I live in the real world, I have a far less optimistic point of view.  The term “bad seed” has a strong foundation.  There are kids, much as we do not want to accept or admit, that will never grow up to be decent people. Sometimes there is no rhyme or reason as to why, maybe just a few wires crossed in the cranial area.   These individuals appear to be incapable of delineating the lines between moral right and wrong.   They often apologize for their actions, but the words ring empty.  For no apparent reason whatsoever, they keep committing the same social atrocities time after time.

One important point is that we have to separate Brock Turner from the less privileged.  His father would beg to differ, stating that Brock came from humble beginnings.  However, it is highly probable that he did not receive swimming lessons and special training to reach the collegiate level of competition without a substantial outpouring of cash.

To deviate for a second, we refer to inner city kids, kids who “grow up” in large cities centers like New York, Chicago, Baltimore or other urban metropolises, riddled with crime.   These young people return from the school day (if they even attend) to empty apartments with absentee parents, many from single parent families. These kids have no structure, no one to teach them the difference between right and wrong. They join gangs and become educated in the “gang culture”. Their true family is the other gang members. They don’t grow up, THEY SURVIVE.  They are a product of their environment.  What is so frightening is that some of them become gang members at ten years old or even younger.  How do you rehabilitate that type of indoctrination?!

Recent legislation in Michigan and other states are in the process of revoking the ability of the courts to treat 17 year old kids as adults, regardless of the crime.   In a NY Times article May 13, 2016, “States Move Toward Treating 17-year-old Offenders as Juveniles, not Adults”, there is one sentence that seems a bit naive.    Now Louisiana and several other states among those nine appear to be on the verge of raising the cutoff to the more standard age of 18 — part of a national “raise the age” movement that has won bipartisan support, a result of concern about high incarceration rates and growing neurological evidence that young people’s brains are different from adult brains.  Are we really so naïve as to believe that the brain of an 18-year-old is substantially more developed than a 17-year-old?  That being said, sending any youths to prison, 17 or 18 years of age, for substantial periods of time for non-violent crimes is probably a serious error, as it will directly increase the probability of creating a life-long criminal.  In these cases, some sort of alternative treatment to incarceration is definitely in order.

But these individuals to which I have referred are not Brock Turner.  There are deep sociological reasons to understand if they commit heinous acts. Brock Turner’s only real excuse was the belief that, as a Stanford athlete, he was exempt from genuine punishment.  And guess what!  He was correct!

However, Judge Persky’s decision is an entirely different issue.  Are we to assume that the “light” sentence meted out by Judge Persky was an attempt to prevent Brock Turner from becoming a “career criminal”.  Probably not!  Would the same sentence have been given to a black or Hispanic inner city kid, struggling in a local community college? Well, we will never know for sure!  Or just maybe did someone from Stanford or elsewhere “get to” Judge Persky?  It sure looks that way to many individuals studying the particulars of the case.

Judge Persky will probably survive the bad press and retain his job, deservedly or not!  The public outcry for a recall will most likely fail.  Using his prior decisions and track record by his peers as a defense for such a horrific miscarriage of justice is offensive to many of us.  At the very least, it might make Persky think twice before he rules so perversely in the future.  After all, Judge Persky earned an undergraduate degree at Stanford in 1984, post-graduate degree in 1985 and was captain of the Lacrosse team while studying there.  Should we have really expected a different decision considering his history?!

As for Brock Turner, he will serve his minimal sentence, finish out college, probably not at Stanford, and continue his competitive swimming elsewhere.   He will move forward with a few scars, but with his appetite for his favorite foods and for defenseless women undoubtedly regained.   No lesson learned here, just one young woman left knowing that she never really mattered to Judge Persky or to our legal system.  After all, she wasn’t a student at Stanford or a college athlete, why should she matter?!

Brock Turner is symptomatic of the American disease of treating our prized athletes with a different standard of law than the average citizen.  The general public actually holds them to a lower standard of behavior.   They are permitted, even encouraged, to be sexually promiscuous.  Sports fans idolize male athletes that are constantly seen with models or movie stars.  These individuals are allowed to abuse their girlfriends and/or wives, only to receive quick forgiveness if they are still able to perform on the athletic field, e.g. José Reyes most recently. We allow them to carry illegal firearms and to shoot themselves in the foot (Plaxico Burress) or shoot others in altercations.  The only major athlete of note that was held to the higher standard was Michael Vick and that is because dogs are clearly more important than human beings.

College jocks have been “getting laid” probably since William & Mary was founded in 1693.  Until the 20th century, there was no public outcry regarding a woman’s “right to say no”!.   But here we are in 2016, with case after case of reported “date rape” or “sexual assault” on college campuses all over America.  In 2015, Jameis Winston was drafted #1 in the NFL draft, after a complaint of sexual assault was filed on December 7, 2012 with the Tallahassee Police Department.  It took over a year before the Florida State Attorney opened an investigation, long  after the initial case was declared inactive.  There are few individuals that do not believe that Winston’s role as quarterback for a NCAA #1 ranked team did not play a role in the manner in which this investigated was handled.   In November 2014, a NY Times article was published questioning the entire investigation process, accusing the university of a major cover-up.  Jameis Winston is currently too busy counting the money from his NFL contract to worry about such a minor thing as this young lady’s future.  So why should Brock Turner not be allowed to escape a just punishment?

Our society is evolving, but perhaps far too slowly.  Young women have to be more cognizant of placing themselves in precarious positions, particularly on college campuses, or with celebrity athletes.  Coeds must modify their behavior, recognizing that Brock Turners exist on every campus.  Depending on the courts to solve the problem will often result in negative outcomes.

Brock Turner is on the loose again!    He will have to be extremely careful in the near future not to make too many waves.  But rest assured, a few years from now, Brock Turner will have forgotten this whole incident. The public should not be surprised if Brock Turner’s name shows up in the news again.  He might even follow Anthony Weiner’s footsteps and run for public office.   At the very least, he should send a lovely thank you note and flowers to Judge Persky.