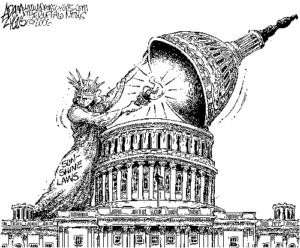 This list could go on ad infinitum with our current political system is a state of total disarray.  The 2016 Presidential election was a clear reflection of the rage of the American public at both Republicans and Democrats.   As Peter Finch stated so clearly in his tirade in “Network”, “I’m mad as hell, and I’m not going to take it anymore!” It is time for a change and the best time to start is today! Welcome 2017!  Let this be the dawn of a new “Era of Good Feelings”, where Americans unite with a common purpose and a sense of National Pride.

Happy New Year to All!